This comprehensive guide covers five of the most common whole Indian spices that you should have stocked in your pantry at all times. 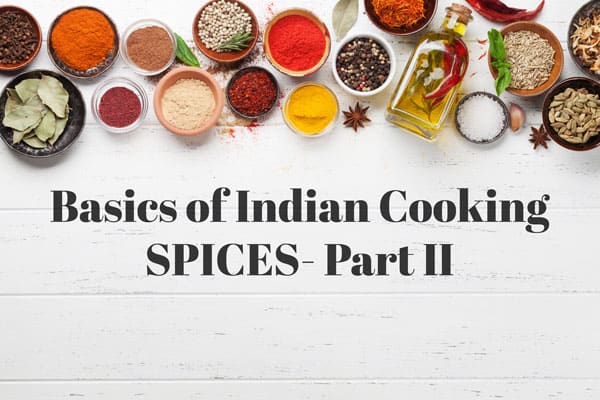 To make the process smooth for you we started this series- Basics of Indian Cooking. Spices are the doorway when trying to learn the basics of Indian cooking. So to kickstart the series we started with discussing five basic Indian spices that are essential for an Indian pantry. Your response to the article was great and you wanted more. So we are here with more.

With this post we will discuss the next set of Indian spices that should make a way into your Indian spice rack. By design, the five spices we will be discussing today are all whole spices.

Like true with many spices used in Indian cooking, these spices can be used whole as well as I powdered form. Both individually as well as part of a spice blend. Freshly ground spices are packed with more flavors but you can easily buy ground spices and store them in clean, dry place for 2-3 months. 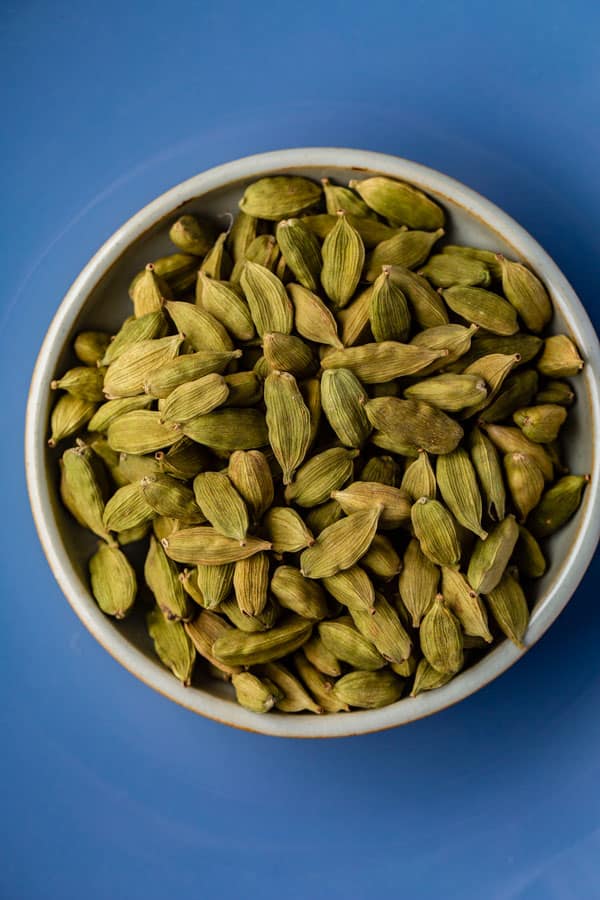 What is Ilaichi? One of the largest producers of cardamom in the world, India mainly produces two varieties of cardamom produced in India. Big, dark colored, thick skinned cardamom called Black Cardamom and smaller, green skinned ones are called just cardamom.

Seeds of several plants in the ginger family are used to make a cardamom spice. Spindle shaped, cardamom has a green cover with a cluster of dark seeds inside. It can be used whole or just the seeds. The seeds have a strong flavor and aroma which are sweet and pungent with hints of mint and lemon. 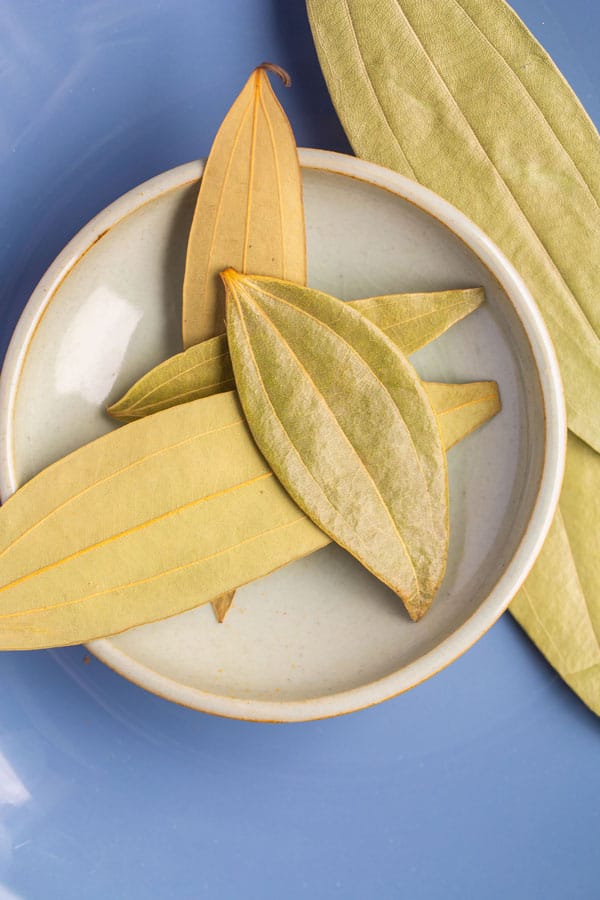 What is Tej Patta? There are several varieties of bay leaves produced around the world. Bay leaf is a fragrant spice used mainly in dry form. The variety most common in Indian cooking and is also largely produced in the country itself is called, Indian bay leaf.

Indian bay leaves are longer compared to other varieties and darker in color.

Tej Patta or Indian bay leaf has a mild bitter taste to it and like many other spices has a stronger aroma than the actual taste. So 1-2 leaves are just enough to perfume a whole pot of curry. Biryani masala and garam masala spice blends have bay leaf in them. 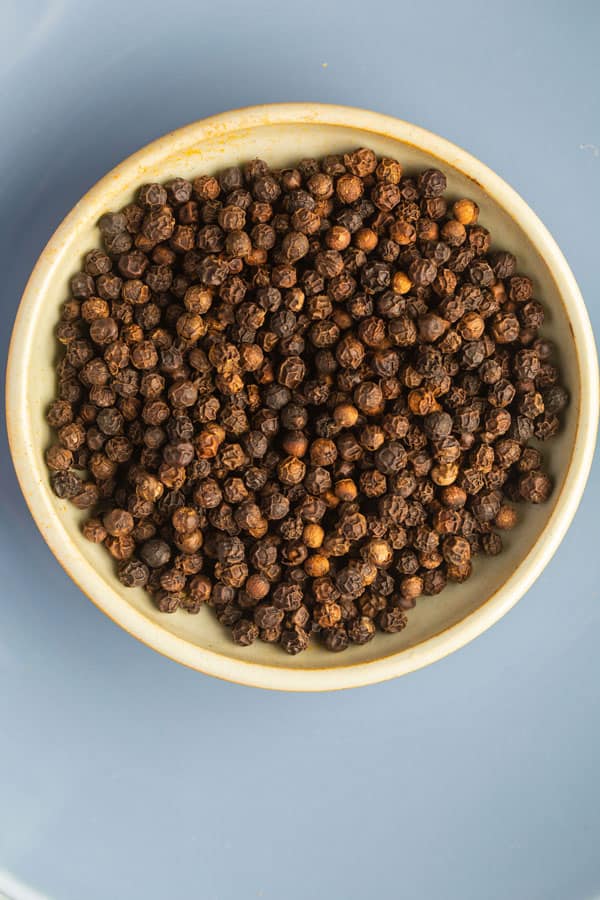 What is Kali Mirch? Black pepper or peppercorn is a stranger to no-one. If you can pick just one spice for your pantry then it should be black pepper. It is one of the very few spices that adds the most flavor to a variety of spices.

Black, white, green or red, all kinds of peppercorns grow on vines in clusters. Majority of peppercorn crops are produced in Asia. Mainly Indian and Vietnam. Black pepper is the most common kind, used in India.

Use crushed or whole in many recipes like pepper chicken or cracked pepper rice, black pepper is also added to garam masala and madras curry spice blend. 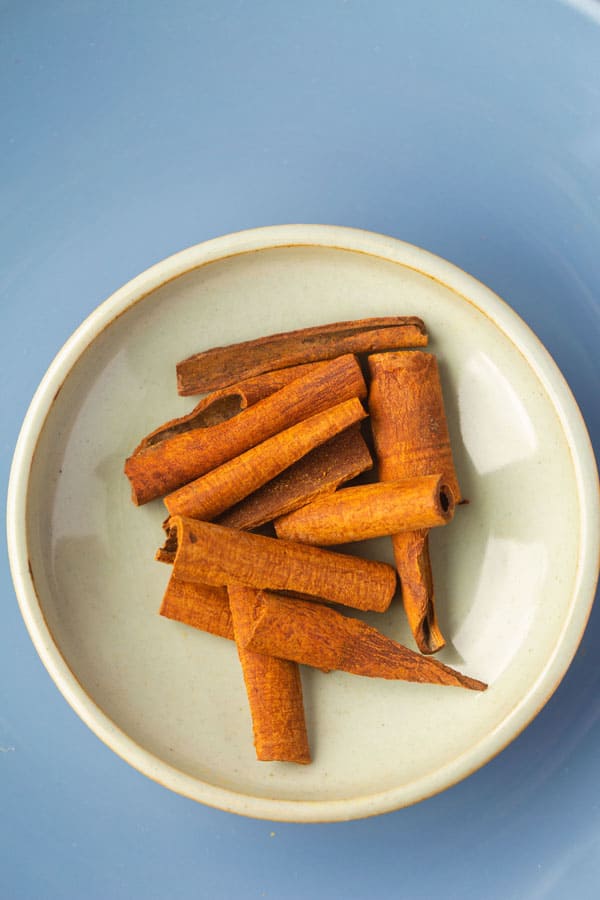 What is Dal Chini? Cinnamon is a stranger to none. It is the second most popular spice in the world, after black pepper of course. It is essentially a tree bark and comes from the branches of the trees from the Cinnamommum family.

Cinnamon is reddish brown in color and looks like a dried bark. It has a strong sweet smell to it. The main flavoring and aroma in the spices comes from the essential oils present in them. It is also believed to have great health benefits. Great for digestion, and believed to have effects on diabetes, cinnamon was apparently offered as a medicine to cure cough and cold, back in the days.

There are varieties of cinnamon in the market but the “Chinese cinnamon” or cassia bark is most commonly found in an Indian kitchen. It has a rugged exterior and sold in the form of pieces of tree bark. Store it in an air tight container in a dry place and it should last you for up-to 6 months. It is mainly used whole in Indian cooking but cinnamon powder can be used as well. 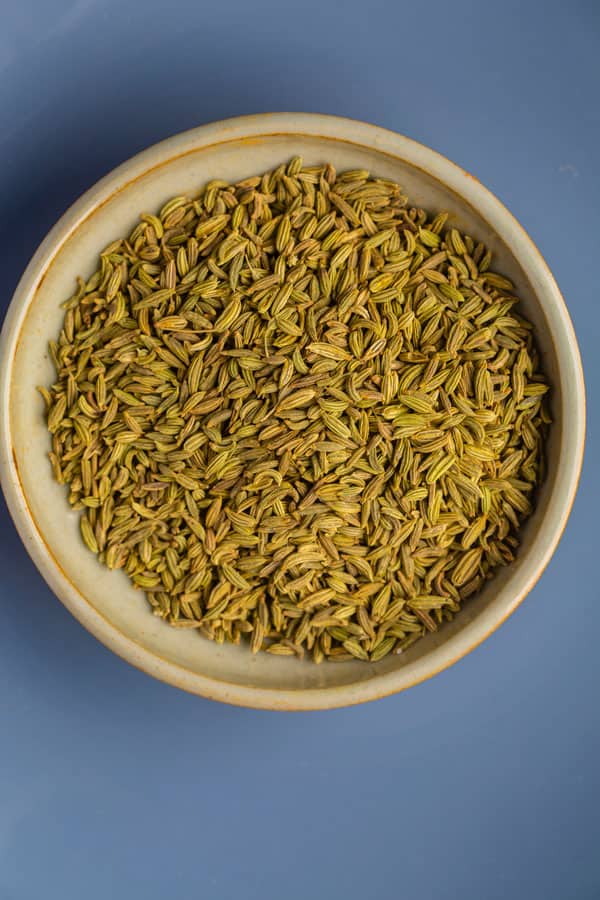 What is Saunf? While in the west fennel is mainly used in the form of bulb in soups and stir fries, Indian kitchens mostly use fennel seeds or the powder of the same seeds. Fennel has an amazing licorice-like flavor to it. If you have smelled or tasted a fennel bulb or leaves then the seeds smell pretty much the same, only the aroma is much stronger than that of a bulb.

Indian kitchens use fennel seeds in a variety ways. Added for flavor in Indian pickles, used in jams and jellies, added to hot ghee or oil and used as tempering for dals and lentil soups.

Ayurveda says that the gut is the root of all the ailments in a human body. So if the gut is healthy, body is healthy. Hence all the spices, herbs and ingredients used in Ayurvedic cooking aid a healthy digestive system. Fennel being one of them. So as my mum would do, if you feel the tummy isn’t feeling so good, just chew on half a teaspoon of fennel seeds and you are good to go.