The Basics of Indian Cooking is back! We’re talking about essential Indian spice blends that you need for cooking. 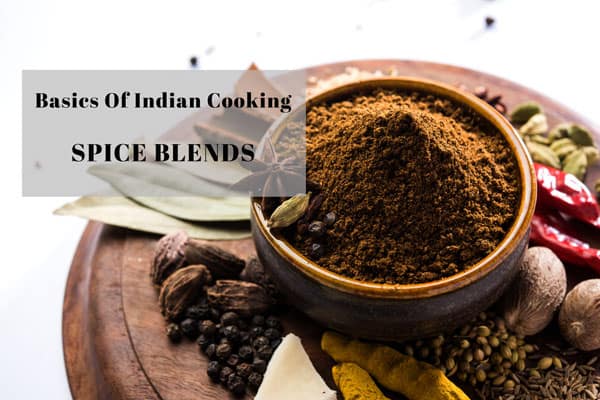 Since you know all of the basics of individual spices, we’re going to move on to the next level — Indian spice blends! There are essential Indian spices that you need to know about, so that’s what I’m going to talk about today.

I want to cover some of the most popular Indian spice blends. In this post, we’re going to discuss:

Of course, there are many more Indian spice blends to consider when making traditional Indian cuisine, but these five are the perfect place to start.

So, if this is your first time making an Indian spice mix, don’t be intimidated! It’s a lot easier than you might think. Here are some of my favorite tips and tricks when blending Indian spices:

Curry powder can fancily be termed as the potpourri of spices. Simply put, it is a ‘dry mixture of spices’ that goes into making any curry.  On supermarket shelves, this mixture includes turmeric, ground coriander, ground cumin, ground ginger, and black pepper.

This modern version was concocted and brought to Britain from India by soldiers returning home during the British rule of India. The idea was to mix the common ingredients that went into making the most popular versions of Indian curry and achieve the same taste on the British soil.

Garam masala, although also a mixture of spices, is known for a sharper, bolder taste that includes green cardamom, cloves, cinnamon, coriander seeds, cumin seeds, nutmeg, and black cardamom. Originating in Northern India kitchens, you can use it to flavor your dish during cooking or even at the very end to pack a punch.

Here are some of the most common recipes to try with Garam Masala: 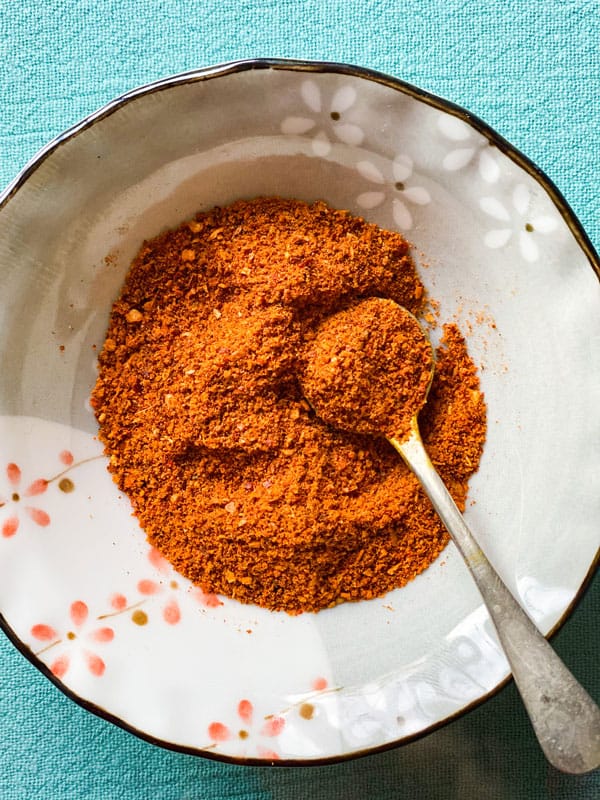 Here are some of the most common recipes to try with Tikka Masala Powder:

Sambhar Masala Powder originated in Southern India. What makes it stand apart from the crowd is its dynamite ingredients – including some dal! Sambhar Masala Powder is typically made up of toor dal, chana dal, coriander, fenugreek, pepper, cumin seeds, dry red chilies, and turmeric. You can use this powder in stews, chilies, or other vegetable/gravy dishes.

Here are some of the most common dishes to try with Sambhar Masala Powder: 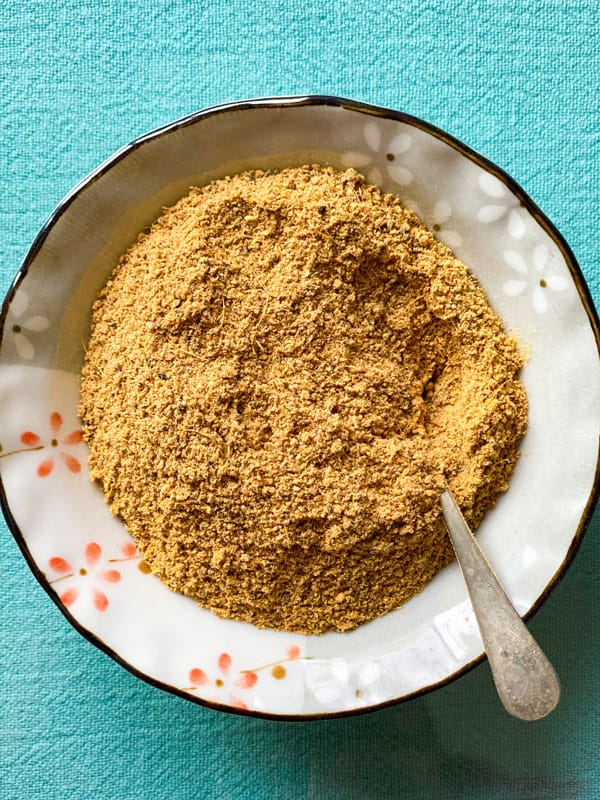 Chai Masala Powder is an aromatic blend of Indian spices that are used to enhance traditional Indian teas. A sweeter blend, this powder is made up of cinnamon, cloves, green cardamom, black peppercorns, fennel seeds, ginger, and nutmeg. A warm, toasty blend, odds are you might have had a version of this powder in your Chai Tea Latte drink at Starbucks!

Here are some of the most common recipes that use Chai Masala Powder:

Chaat Masala is typically made of amchoor, cumin, coriander, ginger, salt, black pepper, asafoetida, and chili powder. It’s used most widely as a garnish for vegetables and salads as well as on snacks, and vegan dishes like lentils. This flavorful Indian spice blend is both sweet and hot, making it a fun addition to any meal.

Here are some of the delectable dishes that can  use Chaat Masala:

Now that you know about some of the most delicious, widely-used Indian spice blends, what are you going to do with them?! Tag us in your pictures and let us know in the comments how you love to use your favorite Indian spice blends.