We love this Indian twist on a common party finger-food because they’re tasty but also quick and easy to make. The best part is, your guests will think you’ve spent hours putting together these exquisitely delicious sandwiches, when in actuality, you can throw them together in about 15 minutes! 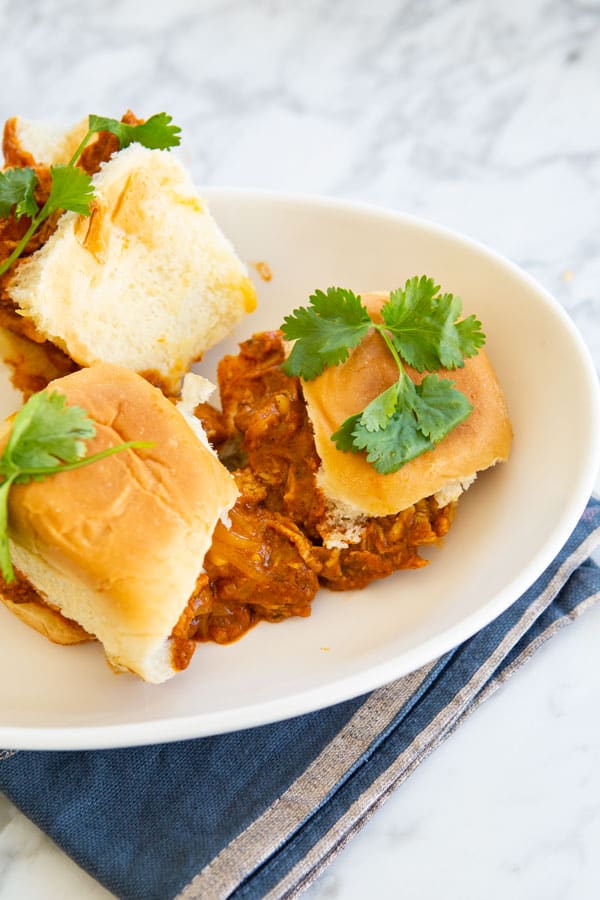 Chicken Tikka Sliders are a unique take on Sloppy Joes! While Sloppy Joes are typically meat-based like our sliders, they are made up of ground beef or ground chicken in a tomato-based sauce and served on a bun. They’re easy to whip up and usually a party staple and crowd-pleaser. Sloppy Joes get their iconic name from, you guessed it, the insides falling out, making them ‘sloppy’ to eat.

Chicken Tikka Sliders, much like Sloppy Joes, are easy to make. Instead of spooning the ground beef mixture onto buns, these sliders have a chicken curry inside! We like to toast the buns until they’re crispy first, which really gives these sandwiches a little something extra.  If you’re looking to shake things up for your next get together, this is definitely the way to go!

The origin of Chicken Tikka Masala is a bit of a long and twisted story. We covered the whole lot of it in our previous post about the history of chicken tikka masala, so we’ll give you the shorter version here!

In short, we may never know where the exact beginnings of this dish due to conflicting stories of it originating in Scotland since it’s basically a national dish in the UK and also originating in India.

While the origin of chicken tikka masala remains somewhat of a mystery, everyone can agree on certain parts of the recipe. Firstly, the dish involves chicken tikka and creamy tomato masala. Secondly, it’s a widely celebrated dish and among the favorites of Indian cuisine. 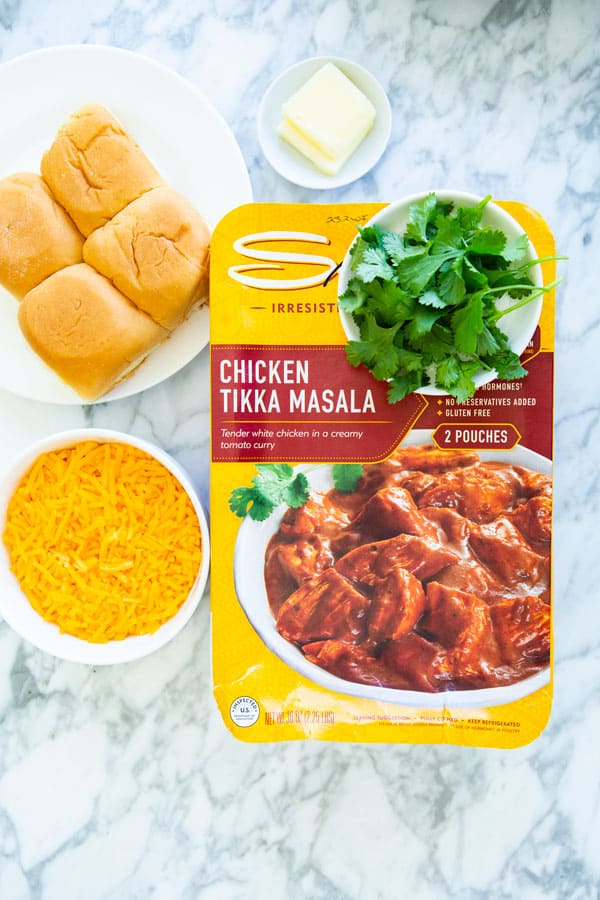 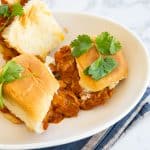 Are you loving this slider recipe as much as we are?! Let us know where you love to serve these sliders up and what you like to serve them with. Tag us in your pictures as #sukhiselfie!