Unsure what a samosa is? This guide explains the history of samosa, what ingredients make up a samosa, how to eat it, & more!

The Indian samosa is arguably the most recognizable and widely-available Indian food there is. From street vendors to grocery stores to the menu in restaurants small and large, this delectable morsel is practically synonymous with Indian cuisine. However, much like India itself, the samosa has a surprisingly rich, diverse, and storied history, having traveled far and wide through Central Asia and across the Himalayan Steppe to reach the place that in modern times is thought of as its home.

Some of the earliest mentions of what we know of today as the samosa can be found in Persian writings dating back to the 9th century. Scripts from throughout the Arab world between the 10th and 13th century also make mention of it, though the recipe is always similar: oil, butter, salt, dough, and warm water. A simple dish known by many names in many regions.

It was in the 1300s that our samosa first makes a historical appearance on Indian soil. Traded through Central Asian peddlers and vendors across the Muslim world, it eventually found its way to the subcontinent under the name samsa, named for its pyramidal shape after the pyramids of Central Asia. These would likely have been recognizable as samosas even today, containing meat, ghee, and onion.

From India, the samosa diffused itself across many cultures and made its way to North and East Africa, as well as wandering to the Mediterranean and into Southeast Asia and even Polynesia. As the centuries passed, the recipe changed, and every region added its own flair to the traditionally simple pastry. In turn, these variants also made their way back to India, where the samosa had already been transformed from region to region.

All this influx, outflux, internal transformation, and reinvention is what has led to the incredibly diverse but ever-popular samosa we all know and love today. 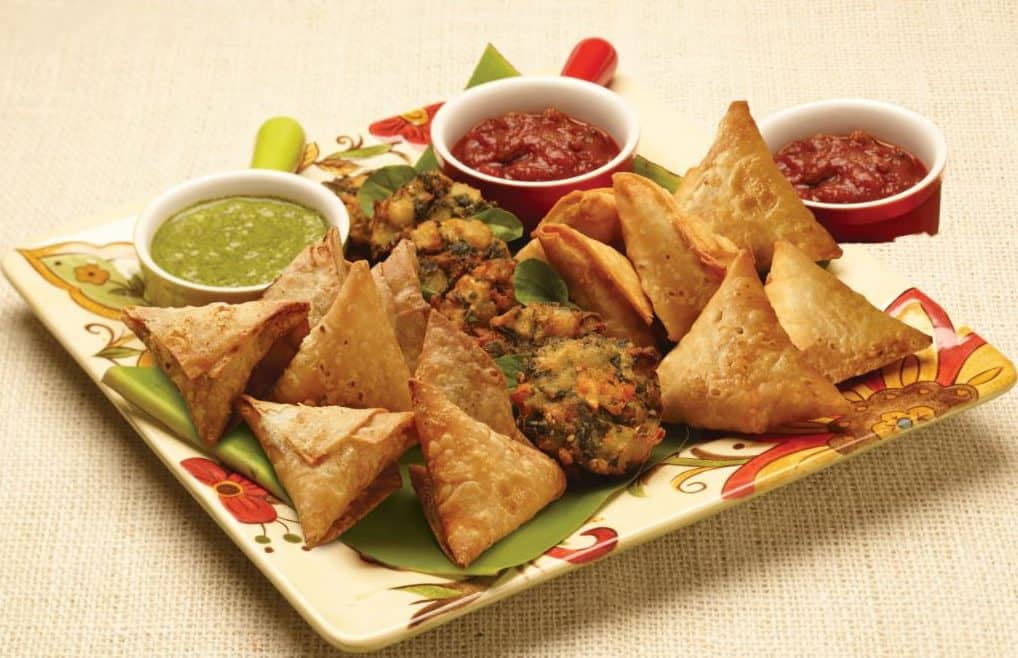 Today, the Indian samosa is a dish as diverse as India itself. The shape and the pastry are among the only constants, to be fair though, even the pastry changes a little bit depending on the area and region. Which is why, in the modern day, the word samosa refers more to an entire family of pastries rather than one singular food item. In Central Asia, for instance, where they are still called samsa, crusts are thicker and crumblier, and fillings are traditionally meatier, with mince and onion, as in the early days.

It’s in India, though, where the deep-fried triangles became spicy and had potato added to the filling. The coriander, pepper, caraway seeds, and other staples we taste today were all introduced throughout the Indian subcontinent over hundreds of years of culinary exploration. So, while it may be the pastry that first indicates a samosa, it’s the filling that truly defines what type of samosa you are eating.

The Western samosa often uses green chillies for both heat and flavor–but these weren’t even available for the dish until the discovery of the New World, when Portuguese traders began to bring the spicy peppers back with them. And of course, in the Punjab region, a samosa simply wouldn’t be a samosa without paneer. Peas were popularly introduced to the filling by Moroccans, while chickpeas replaced potatoes in Israel and surrounding areas.

This incredible diversity is representative of the lasting simplicity and deliciousness of the samosa. The dish has truly stood the test of time and managed not only to traverse the world, but also to reinvent itself time after time right at home.

There is practically no situation that doesn’t call for a samosa in India. The ever-popular chai-samosa is the pairing of tea and samosa, something that unites the country in enjoyment. Many a great conversation, whether over lunch or late into the night, has been shared over this cultural pastime. In fact, come ‘rainy’ season and the demand for samosas spikes to leave the Ubers of the world behind. Members of the household, neighbors and peers are often seen comforting themselves over samosas and banter. How fun does that sound!

And the samosa is no mean dish, restricted to the commoners as it once was. Throughout its centuries of reinvention, it has spent time as a courtly dish fit for kings, a calorie-dense snack for travellers and merchants, and a foreign novelty to those around the world. Today, it is just as likely to be found as an appetizer in the catering for an upper-caste wedding as it is being folded up by the dozens and fried on the street.

Varying in size, cooking style (either baked or fried) and filling allows the samosa to make up the bulk of any meal of the day. A snack, an appetizer, an entree, or a full dinner unto itself. All of these can be achieved depending on how the samosa is prepared and presented! So, how can you implement the samosa into your daily meal plan and start enjoying this amazing cuisine for yourself? 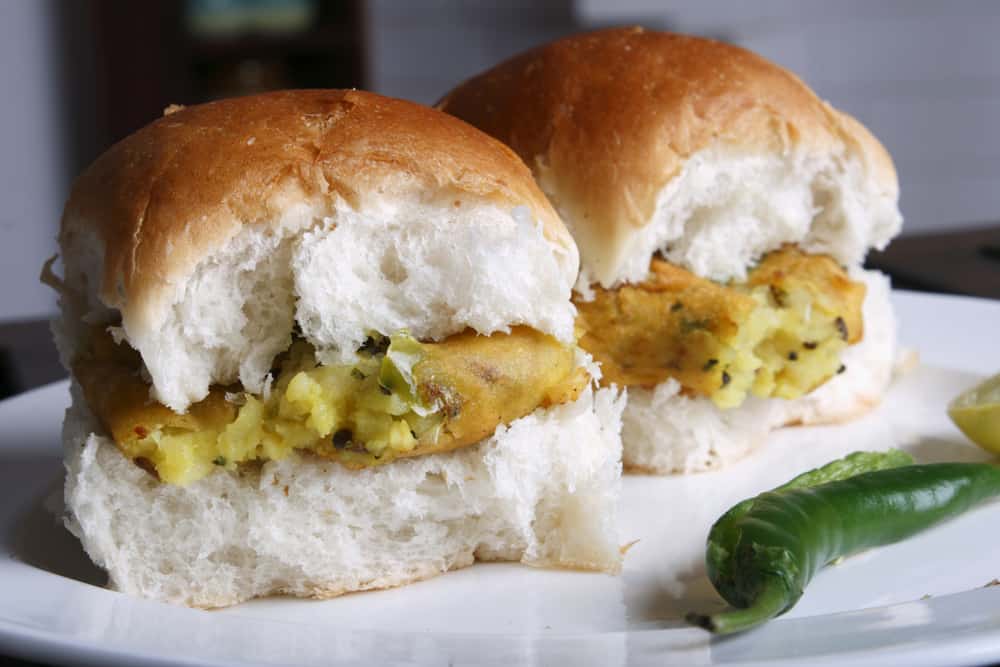 Samosa can be prepared and enjoyed in a myriad of different ways. There is bun samosa or samosa pav, basically a samosa hamburger, which can be found in restaurants throughout both India and the US, but also makes a great lunch on the go from home. And while it may seem intimidating learning to make samosa yourself, once you’ve discovered the secrets of this pastry, you won’t ever regret the time you put in to learn. And if like most people, you’re strapped for time, there’s always ready-to-eat samosa options. Just put them in the over for a few minutes and the delectable, piping hot samosas are ready to be served!

Another popular dish is samosa chaat, a legendary snack, which is arguably the most popular street food in India. In this dish, the samosa is broken into bite-sized pieces and served up with masala, chutney, a variety of spices, and plenty of other trimmings, depending on the chef. This is another one that can be made at home, and with so many spices and sauces to try, the range for experimentation is great! Did we tell you that this is a special favorite with kids!

If you really want to be innovative, give your wrap/burrito a samosa twist. Beware though, once your taste buds acquaint themselves to this delicious recipe, you’ll probably never find your way back o a ‘usual wrap’. Stuff tortillas with baked, deconstructed samosas and, layer up generously with tangy, flavored rice. Throw in some sauce/chutney and you’ve got gold. This easy meal is not only filling but equally appetizing.

Of course, the most common and most popular way to prepare and eat samosa is simply whole, either on its own or with a meal as a scrumptious side. The crisp, delicious outer shell and the rich, fluffy inner filling are sometimes best taken in all by themselves, to be enjoyed and appreciated fully, with no distractions. You’ll surely earn brownie points if you serve them hot with cilantro chutney. Tried-and-tested, this pairing works like magic. Some may worry that the deep-fried oiliness is unhealthy–this depends on the oil used, of course, but baking samosas instead of frying is a popular way for the very health-conscious to avoid this conundrum.

Eager to try a Samosa? 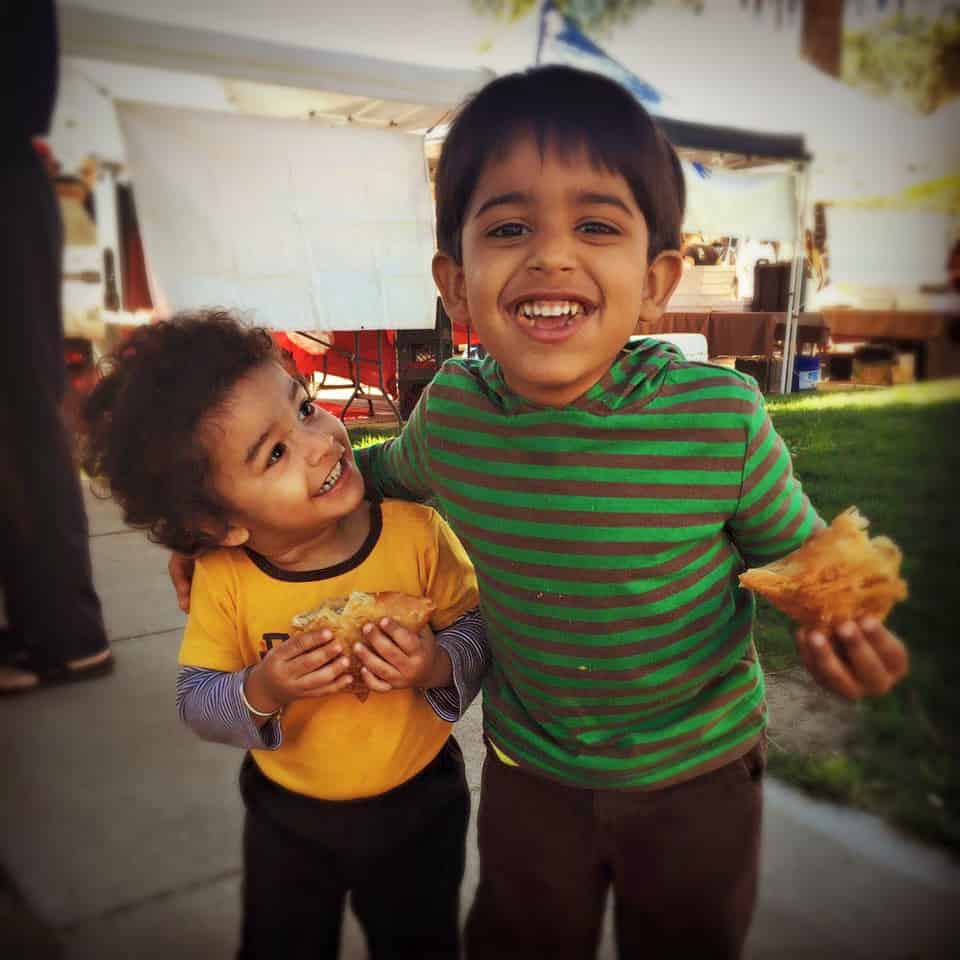 Well, we hope you’ve enjoyed your journey into the samosa! From its ancient origins in Central Asia to its travels throughout the world, samosas have transformed themselves and the people who eat them for over a thousand years. Interestingly its many and varied influences not only lend it a flavor that most envy but showcase how food can bring people together—bearing testimony is its uncontested popularity. Whether it is mainland India, the coasts of the US or the British neighborhoods—this golden-brown beauty has made people fall in unapologetic love with it. And with that, who’s up for some chai and a samosa snack?

3 Easy Ways to Make Your Kids Love Indian Food
What is Curry? Your Comprehensive Curry Guide

7 responses to What Is a Samosa? What to Know About This Indian Dish