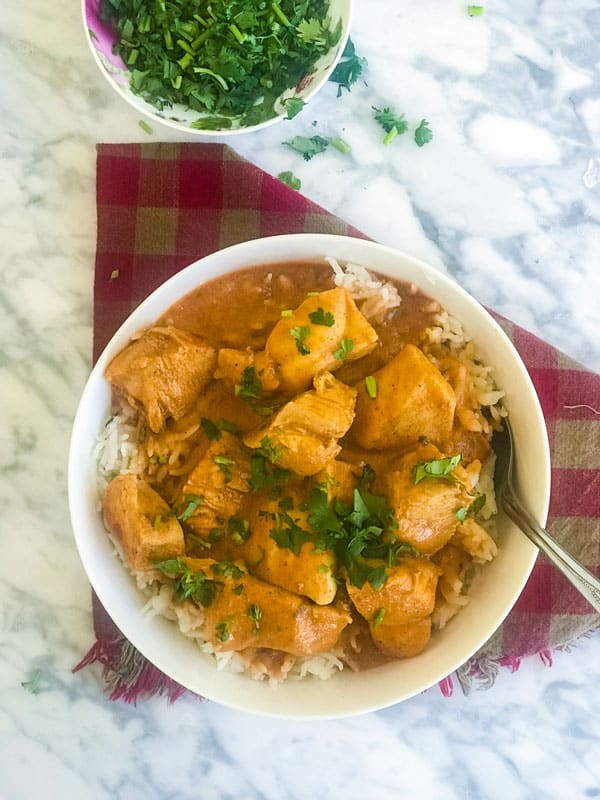 The origin of Chicken Tikka Masala is a bit of a long and twisted story. We covered a whole lot of it in our ultimate guide of chicken tikka masala, so we’ll give you the shorter version here!

In short, we may never know where the exact beginnings of this dish due to conflicting stories of it originating in Scotland since it’s basically a national dish in the UK and also originating in India.

While the origin of chicken tikka masala remains somewhat of a mystery, everyone can agree on certain parts of the recipe. Firstly, the dish involves chicken tikka and creamy tomato masala. Secondly, it’s a widely celebrated dish and among the favorites of Indian cuisine.

Even the most well-informed sometimes get chicken tikka masala confused with butter chicken! We’re not all that surprised, honestly. They both have similar coloring due to the orange-colored curry and are both very popular Indian dishes on menus across the globe.

The main difference, which you probably could guess, is butter! Butter is added to make butter chicken, well, buttery for lack of better words. This ingredient makes for a creamier sauce, and by comparison, is less spicy than chicken tikka masala.

Want an in-depth look into the difference between chicken tikka masala? Check out our ultimate guide to Chicken Tikka Masala for a deep dive!

How Do You Make Chicken Tikka Masala?

The most complicated part of the Chicken Tikka Masala cooking process is the sauce. So if you are short on time, grab Sukhis Tikka Masala Sauce to make your life easier. Sukhi’s was created out of the need to obtain the complex, rich flavors of Indian cuisine without the time and energy spent in the kitchen.

Let’s go over some of chicken tikka masala’s main ingredients.

Start with delicious chicken tikka (aka boneless chunks of marinated chicken), broil it, and pour some masala/spiced curry over it. Serve over hot basmati rice with a side of naan. That’s it!

Perhaps the most important thing to remember when cooking the chicken is to keep it tender and moist.  Baking it in the yogurt/spices mix helps to achieve this. Again, there is the option of speeding things up by using our tikka masala curry sauce. Just saying.

Of course, you can always buy Sukhi’s chicken tikka masala as an alternative if you don’t want to cook at all!

Crunched for time? We get it! Instant Pot to the rescue! You combine all of the ingredients and refrigerate for 30 minutes.

Turn your Instant Pot to saute and make the masala, and then add chicken. From there, set the pot to poultry and set the timer for 5 minutes. As always, wait until the release cycle is complete before opening your Instant Pot. This is when you add your half and half, salt, and butter. That’s it!

The slow cooker version of chicken tikka masala is similar to the Instant Pot but takes a bit longer. You’re going to want to cook it for at least 4 hours on high or 8 hours on low. A great option if you want to come home from work to a hot and ready meal!

While easy to make, there are a few pro tips to consider when making chicken tikka masala. Follow these steps to ensure a rich, authentic Indian dish. 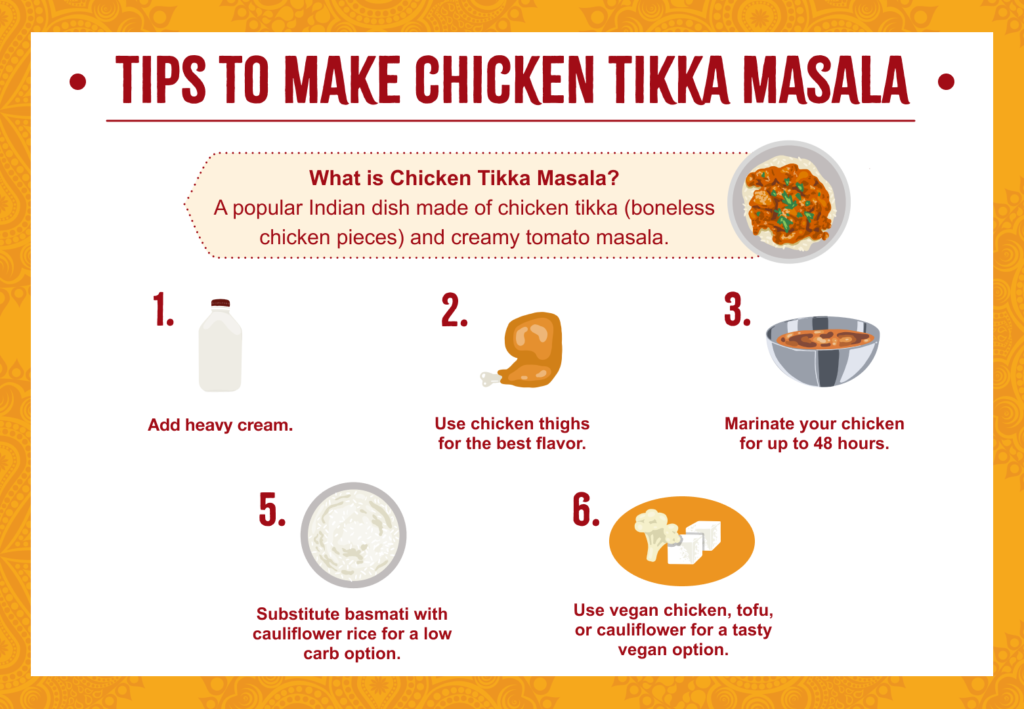 Dairy Products That Can Be Used/Added

Adding heavy cream to your chicken tikka masala makes for a very creamy dish! You can also add a little extra to diminish some of the spiciness if that’s not your thing. Yogurt is also a key ingredient in this dish as a marinade for your chicken.

How Long to Marinate Chicken?

You can marinate your chicken for up to 48 hours, but it’s recommended you do it for at least 30 minutes. Again, if you’re using chicken breasts, use as much of that marinating time as you can.

On the Keto diet? Make your very own keto chicken tikka masala! Try subbing the basmati rice with cauliflower rice for a low-carb option.

How to Make Vegan Tikka Masala

Vegan tikka masala is also super easy and only requires a few different steps. You can try using vegan chicken as a substitute for regular chicken. You can also try adding tofu or even cauliflower to your curry for a tasty vegan option. 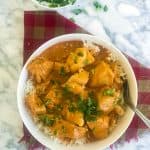