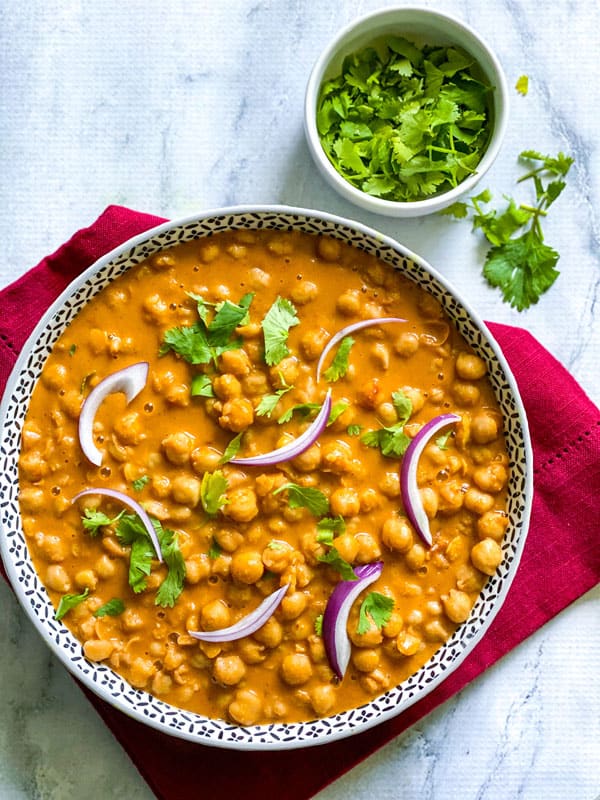 Who says delicious curries like Tikka Masala are only meant for meat eaters? If you are vegan and a lover of all things delicious then you are at the right place!

Tikka Masala is one of my most favorite recipes, so making it inclusive so everyone can enjoy it is very important to me! Everyone should get the chance to experience Tikka Masala, one the greatest gift to mankind! I’m excited to be bringing you these vegan suggestions.

In this post, we’re going to go over the basics of Vegan Tikka Masala — aka, everything you’ll need to know about who can enjoy it:

You might want to make Vegan Tikka Masala for a multitude of reasons. It’s common in Indian culture to be vegan or vegetarian for personal reasons, though not everyone falls into this category. That said, there are many dishes that are versatile in how they’re made so that everyone can enjoy meals together — this is one of them! If you’re new Indian cuisine, this is a great intro dish as it is both easy to make and full of those rich Indian flavors you’re looking for. 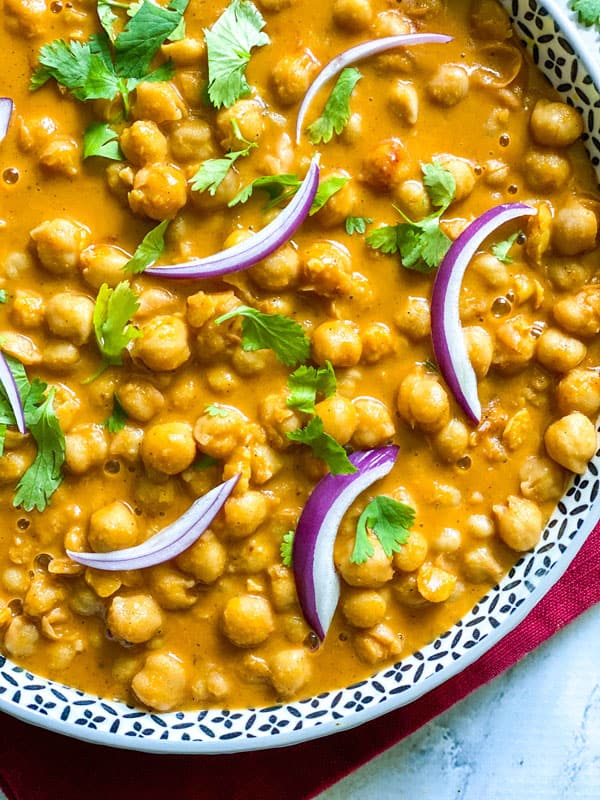 And now for the most important part — the Vegan Tikka Masala Sauce! This creamy tomato sauce can be made in a number of ways.

So, if you’re looking to make some vegan substitutes, it’s customary to use vegan butter and softened raw cashews. I know it might be weird to put soggy cashews in the sauce, but doing makes up for the heavy cream and thickens it to add that creaminess-factor you’re going for.

Another option to consider when making Vegan Tikka Masala Sauce is to use a ready-made sauce, like our Tikka Masala Curry Sauce. To use this option, you can sub in chickpeas for chicken and coconut milk for the whipping cream. This is perfect if you’re in a hurry and don’t have time to make the sauce from scratch! 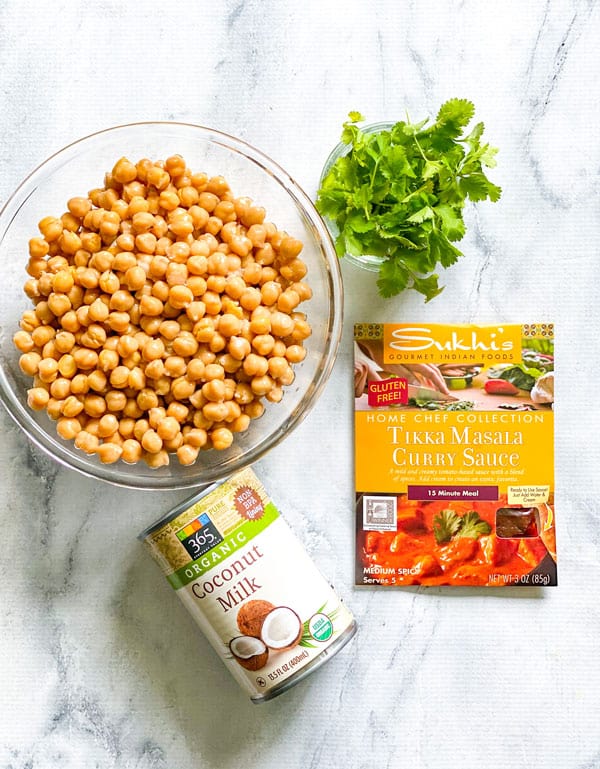 To make this easy Vegan Tikka Masala, you’re going to want a few pointers to make sure you’re making it the best that you can! I’ve made this curry dish many times, so I’ve learned a few things along the way. Here are some of my favorite vegan substitutes for meat in Vegan Tikka Masala:

No matter what substitutes you make, most of the other ingredients stay the same, giving you the perfect, creamy Vegan Tikka Masala every time. Here are some of my other favorite tips to make a delicious meal for your whole family:

There are a couple of ways you can make lactose-free Chicken Tikka Masala if you’re non-dairy or have an allergy to lactose. The first way is one of the more simple ways, which is to use lactose-free milk, like Lactaid. You can also use coconut milk yogurt to make it nice and creamy. Another great way is to use ghee, which is clarified butter, and coconut milk for the sauce. 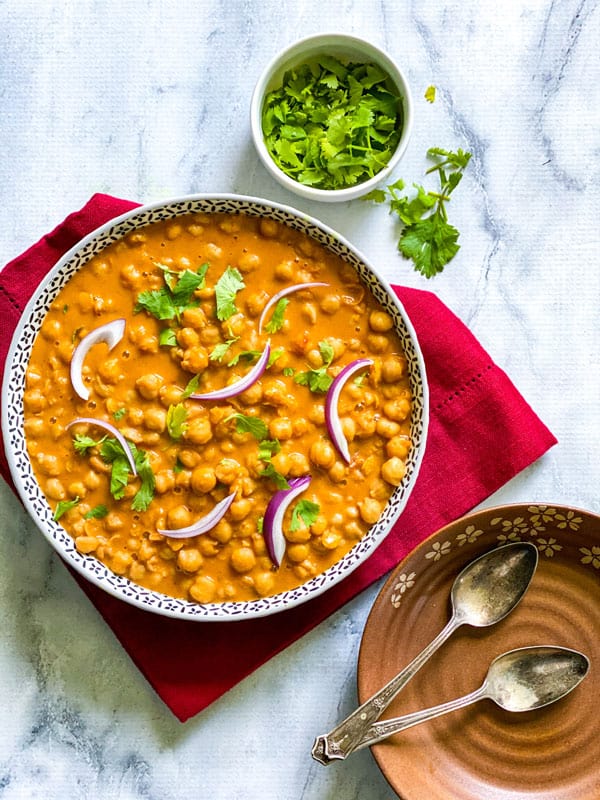 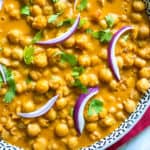 Sukhi’s Tikka Masala Sauce will make it so simple and easy to whip up this delicious curry that you would want to make this more than ever. This is a staple in my household for sure.
Course Main Course
Cuisine Indian
Keyword indianfood, tikka masala, vegan tikka masala
Prep Time 5 minutes
Cook Time 10 minutes
Total Time 15 minutes
Servings 4

I have used chickpeas for my vegan tikka masala. You can use a vegetable of your choice.
How To Stock Up Your Kitchen For A Month
Basics of Indian Cooking- 5 Indian Spice Blends