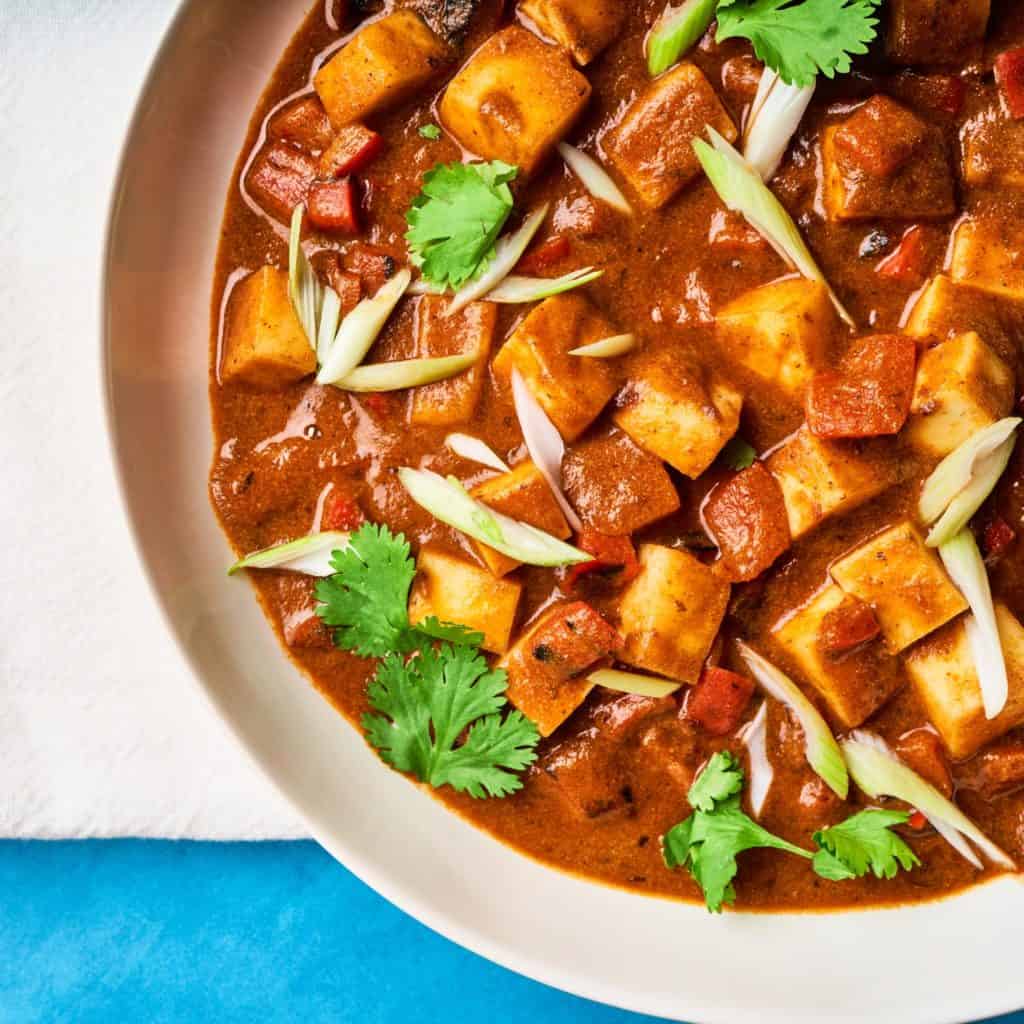 What is Paneer Tikka Masala?

You’re probably very familiar with two popular Indian dishes, saag paneer and matar paneer, both of which showcase the delicate, milky taste of fresh curd cheese. However, paneer tikka masala is slightly different from these two dishes because it’s creamier, more decadent, and builds upon a base of a spiced tomato-based sauce.

As a wonderful vegetarian alternative to chicken tikka masala paneer tikka masala is the perfect crowd-pleasing dish to serve at celebrations like weddings and holidays.

Of course, you can buy paneer at the store, but consider making it at home this one time. Making homemade paneer — by simply adding a bit of acid (vinegar or lemon juice) to milk — is super easy! And by just adding one of Sukhi’s Curry Sauces like our classic Tikka Masala, you can have one of your favorite restaurant dishes at home in under an hour. 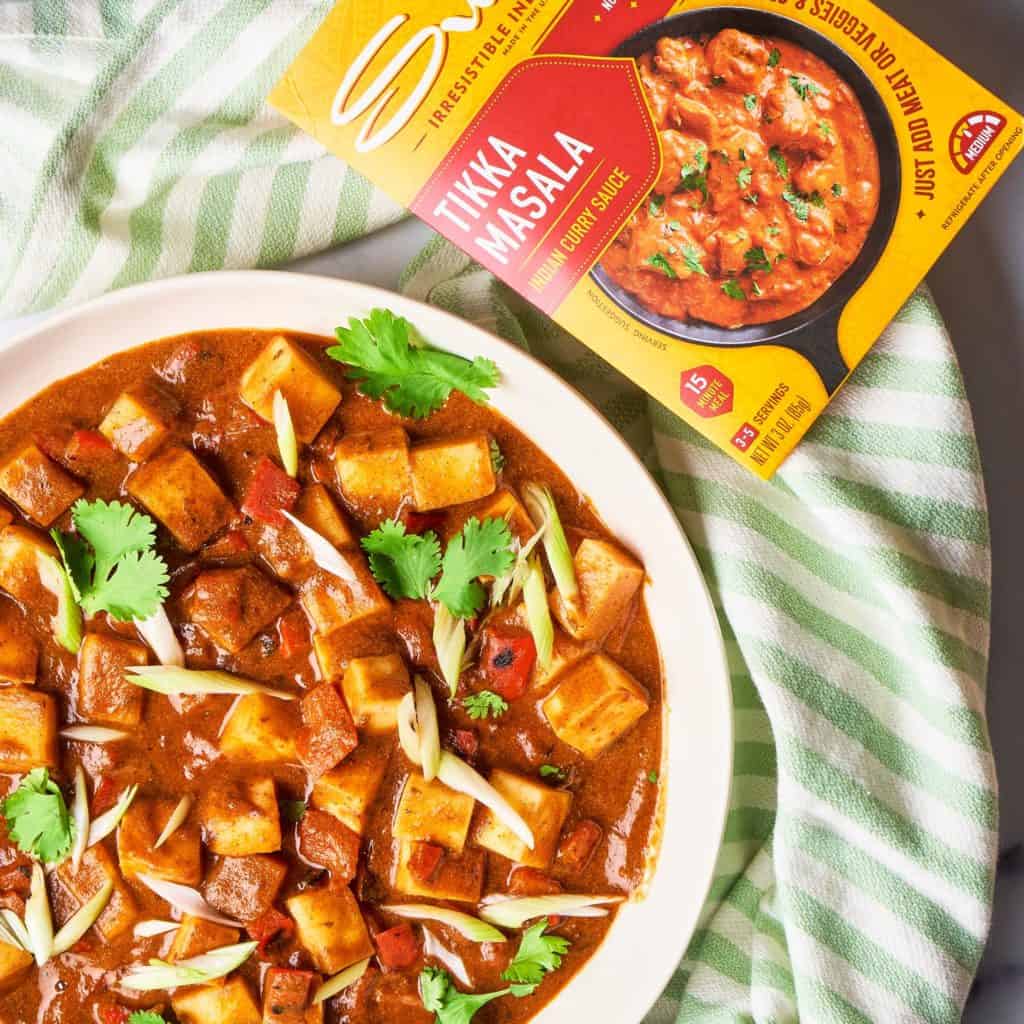 How to Make Paneer

Homemade paneer sounds scary to make, but it’s a fairly straightforward process that takes less than an hour to complete.

To make paneer, you’ll need whole milk, buttermilk, and white vinegar, as well as a cheesecloth. First, bring the whole milk to a gentle boil in a large saucepan, occasionally stirring to prevent it from burning. Add the buttermilk to the saucepan and let the mixture sit until milk solids begin to form. Then stir in the vinegar to achieve the final separation.

Next, carefully pour the milk mixture into a cheesecloth-lined colander. Twist the cheesecloth to squeeze out any excess whey, then let it drain over your kitchen sink for a few minutes.

Once properly drained, place the cheesecloth onto a plate and put another plate on top of the ball of paneer. Stack heavy items (such as a heavy pot filled with water or cast iron pan) atop the plate, and let the paneer rest and firm up for 20 to 45 minutes on your countertop. Note that the longer you let the paneer rest, the firmer the cheese will become. 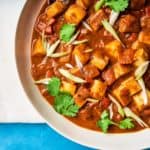 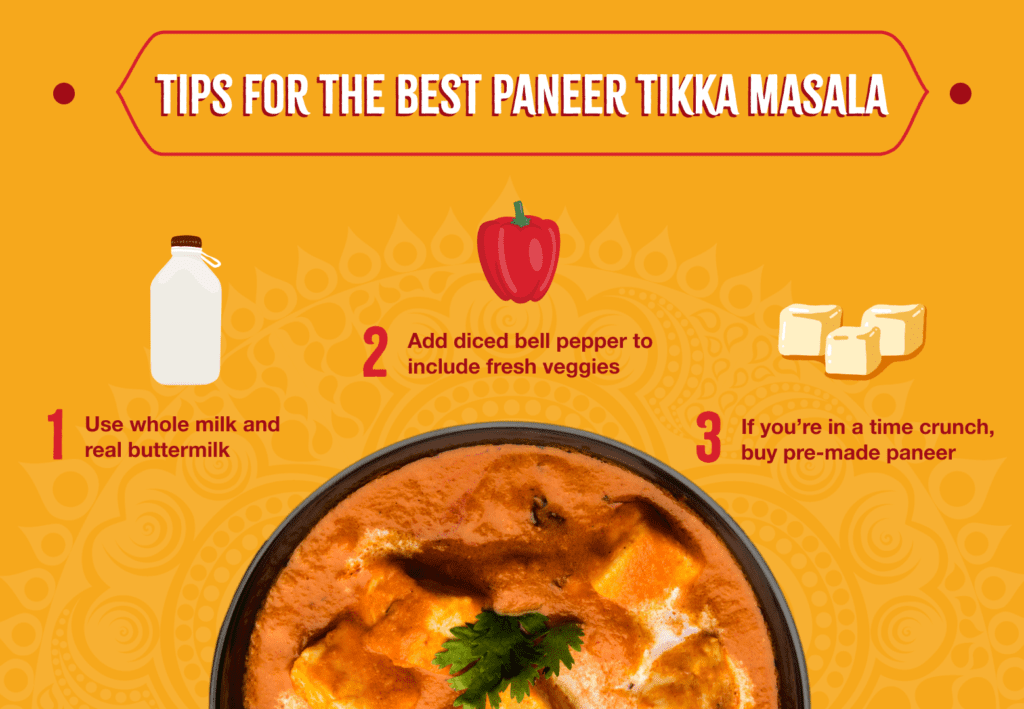 This vegetarian tikka masala recipe is incredibly easy to make, but there are a few things to keep in mind while making this dish: 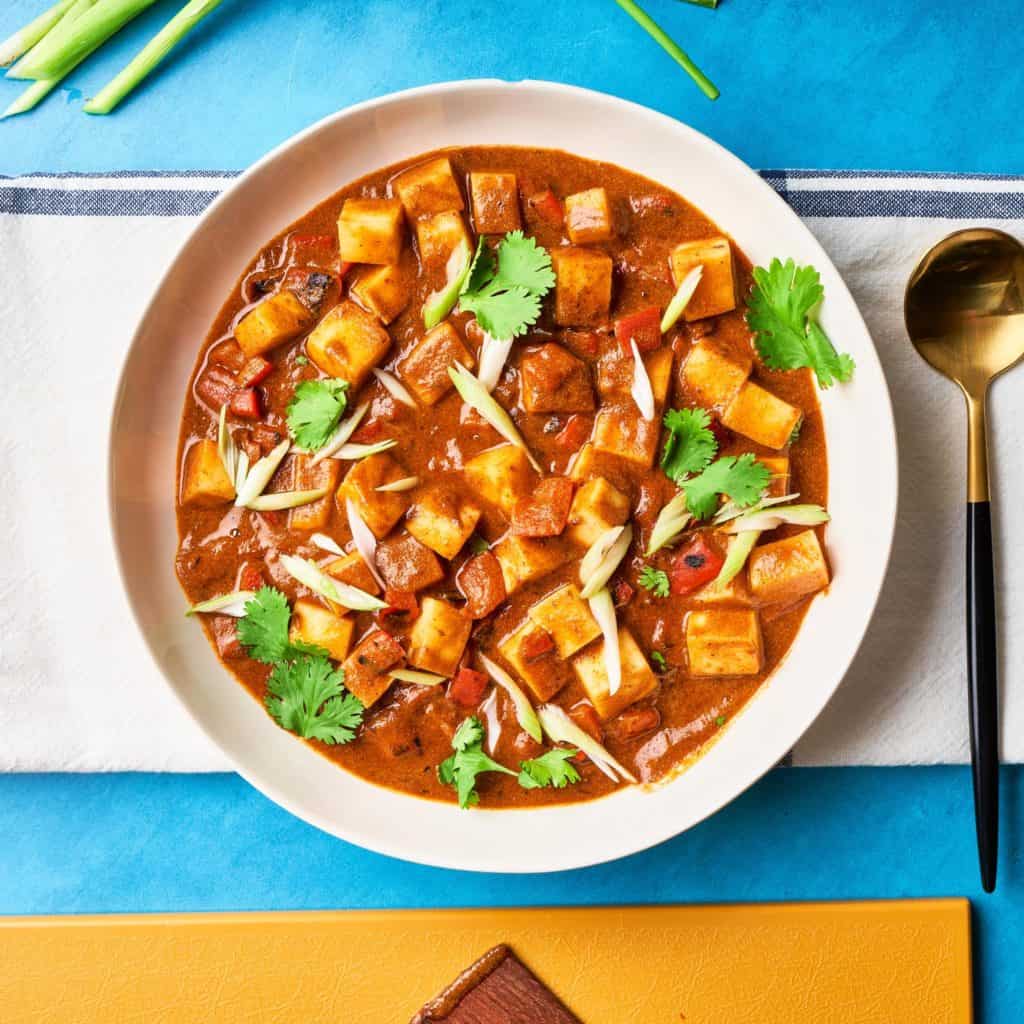 SIDE DISHES FOR PANEER TIKKA MASALA

As mentioned in the recipe above, this vegetarian gem tastes delicious when served atop a bed of jeera rice or basmati rice. However, it also pairs wonderfully with different types of Indian bread.

Garlic or butter naan can soak up the creamy curry while simple roti or chapati is a classic Indian flatbread that will never steer you wrong.