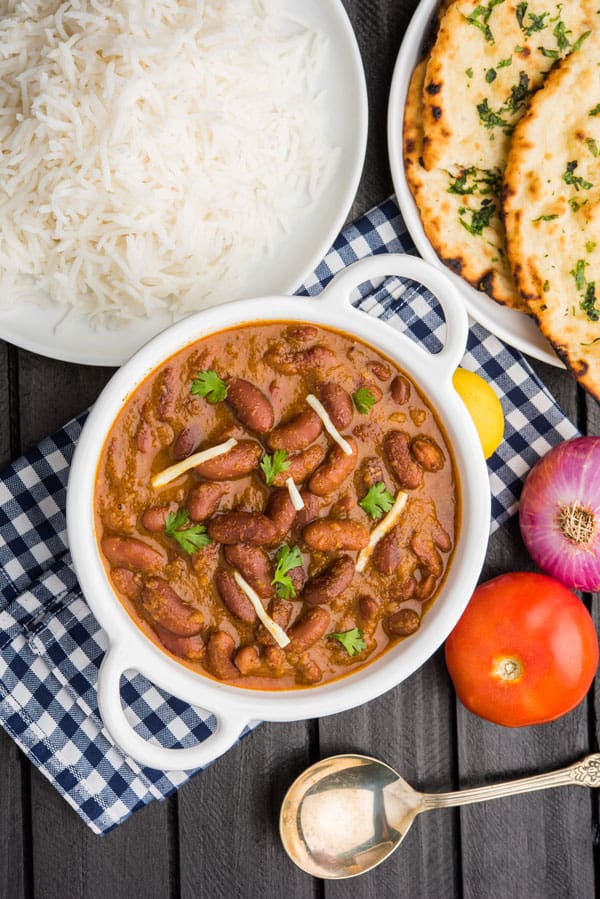 There are many delicious dishes that come from the Indian culture and Rajma Masala is high on the list! While many people believe that Rajma Masala originated in India, there’s evidence that it actually originated in Mexico. According to India Today, Rajma was first grown in Mexico and carried to Europe by the Portuguese and then brought to the south-western coast of Inda. From there, it evolved into the aromatic dish we know and love today.

While the traditional recipe usually takes over 8 hours due to soaking the beans overnight, we’ve managed to recreate our favorite recipe in a small fraction of the time. One of my favorite things about this particular Rajma Masala recipe is that it can easily be made in under 10 minutes thanks to the Instant Pot and Sukhi’s Curry Paste! You can keep it authentic while saving your time.

This particular recipe has just four ingredients and odds are you might already have most of them in your kitchen on hand. Having a delicious, authentic Indian dish for dinner can break up the monotony of your week without consuming a lot of your time.

In this post, we’re talking all things Rajma Masala, including:

What is Rajma Masala

Before we get to the nitty-gritty details, let’s start by answering some of the basic questions like ‘What is Rajma Masala?’ Rajma Masala, also called Rajma Chawal, is a hearty red kidney bean curry dish that originated in India. What makes it so delicious? It’s made with red kidney beans, a curry that acts as spicy gravy, and sometimes cilantro as a garnish.

I love this curry because it’s thick and incorporates that spice-filled curry that we’ve come to love and expect from traditional Indian cuisine. It’s even better the next day as the spices have really soaked into the beans! They’re cooked so they almost melt in your mouth, which is perfection. It makes a great lunch or dinner and is sure to impress your family and friends. 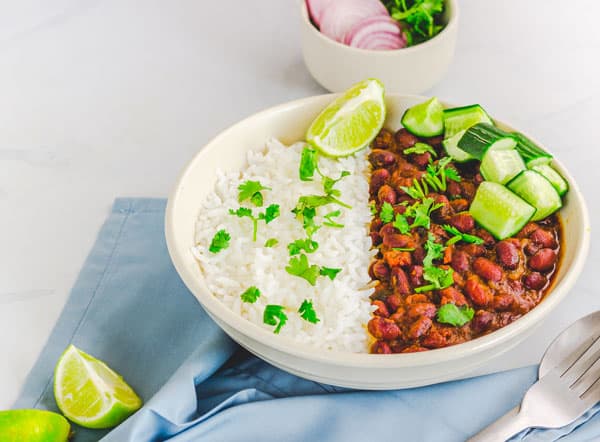 How to Make Rajma in an Instant Pot

To make Rajma Masala in an Instant Pot, first, you’ll need to gather all of your ingredients:

Thankfully, that part shouldn’t take too long because there are only three or four ingredients that you’ll need! To make Rajma in an Instant Pot, you’ll open your can of beans and dump into a sieve over the sink to strain the water out. Then, transfer beans into the Instant Pot followed by Sukhi’s Classic Indian Curry Paste and add your water. Close Instant Pot for pressure on sealing and put it on the Manual setting for five minutes. Quick-release and then place your Instant Pot on Saute mode for three to five minutes. Garnish with cilantro and serve with basmati rice. Enjoy!

The entire recipe takes about 40 minutes from start to finish. You can find the full recipe and all of the instructions for Punjabi Rajma here.

Now that you’ve made your Instant Pot Rajma Masala, it’s time to serve it up hot! My favorite way is to make it Rajma Chawal and serve it with rice, particularly basmati rice. But you can use whatever rice you have or prefer! I also like to garnish it with fresh cilantro or parsley. Here are some other ways to serve your Rajma Masala: 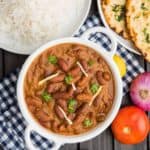 How do you like to serve your Instant Pot Rajma Masala? Let us know in the comments and don’t forget to tag us on Instagram!

Here are some other amazing Indian recipes to try: