If you love Biryani but not sure how to recreate the dish in your kitchen, then you are at the right place! This post on Biryani is a complete guide on the topic with everything you need to know about the dish along with an easy Chicken Biryani recipe. 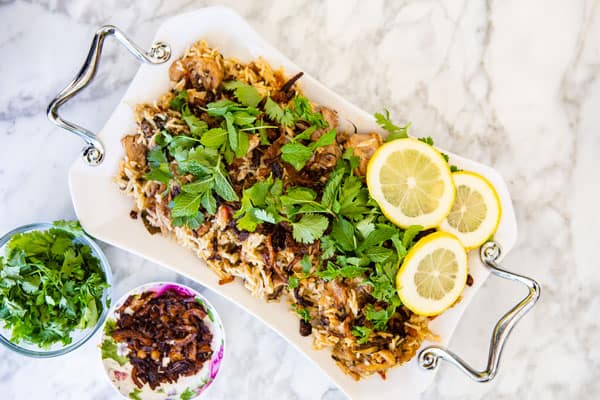 Biryani, also known as biriyani, biriani, birani or briyani, is a delicious Indian seasoned rice dish. Yum. It can be made with meat, fish, or vegetables.

All biryani have rice in common, but that’s about it! There are many different kinds of biryani that feature different meats, spices, and cooking styles. Here are just a few variations of this dish.

Is Biryani Indian or Pakistani

It’s unclear where exactly biryani originated from and there are a few different theories as to who created the infamous rice dish. Many historians believe that biryani originatedfrom Persia and was brought to India by the Mughals. Another version says that biryani was brought by the Arab traders to Malabar in South India. Both India and Pakistan have their own versions of the popular dish and they can vary from region to region. 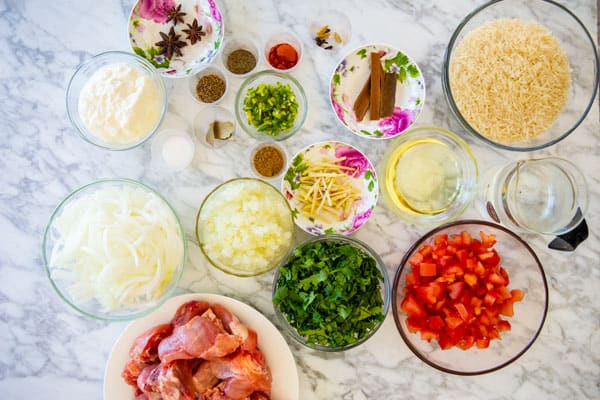 How to make Chicken Biryani

If you’re into authentic cooking that’s also quick and easy, Chicken Biryani is for you! You sauteé the sliced onions in oil in your Instapot. Set aside. Then add the ginger and ground onion and sauteé until brown. Add all of the spices and mix well. Then, mix chicken, yogurt, cilantro, tomatoes, and jalapenos separately. Add your rice and water to the pot and top with your chicken mixture. Set Instapot to “chicken/meat” seal, and cook. You can serve it up in a casserole dish and garnish with sliced brown onions, cilantro, and mint leaves.

In case you’re not familiar with the term, Chicken ‘Dum’ Biryani more like the original way biryani was prepared. While the ingredients are virtually the same, this recipe calls for you to slow cook the meal in a sealed, heavy-bottomed vessel for hours or even overnight.

According to NDTV food, this process is traditionally known as dum pukht and is not just restricted to just biryanis, but various other preparations such as korma, nihari, haleem, raan, other meat curries, and even dal.

While this slow-cooking method is reliable, it’s not always convenient. We made this Chicken Biryani recipe with you in mind so you can have meals in an instant! It’s much quicker and easier than the ‘dum’ version so you can have more time back in your day. 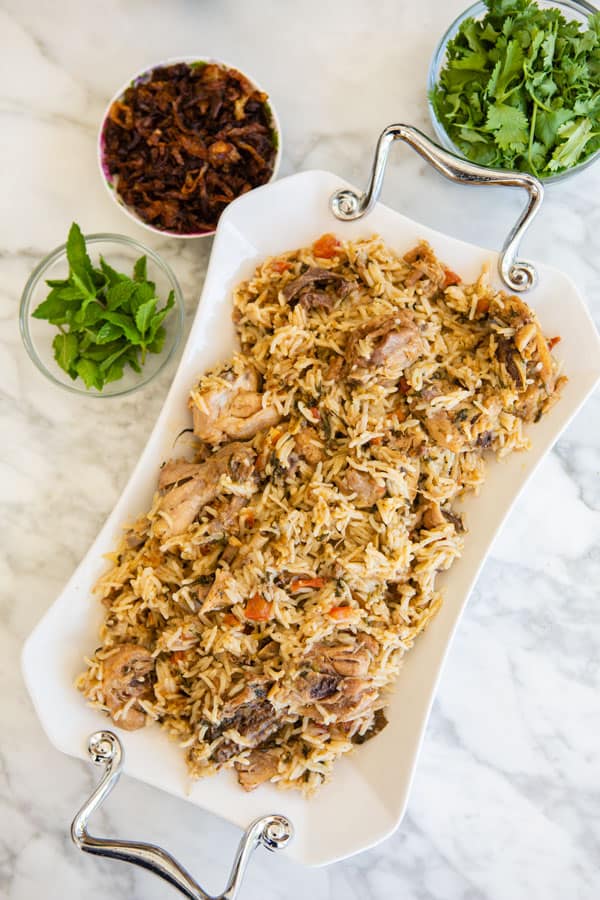 Which rice is best for Chicken biryani

We know there are a lot of options to choose from when shopping for rice, but this recipe typically calls for long grain rice like Basmati. It’s best to choose a high-quality Basmati, so if your local grocer doesn’t have any, check your Indian grocery store or order some online.

What do you eat chicken biryani with

Because Chicken Biryani is considered to be a complete meal, you wouldn’t necessarily have to serve it with anything on the side! However, if you’d like, you can serve it withRaita. Raita is an Indian side dish of yogurt with chopped cucumber or other vegetables and spices. You could also serve it with Bagharay Baigan, which is an eggplant curry with coconut and peanuts. 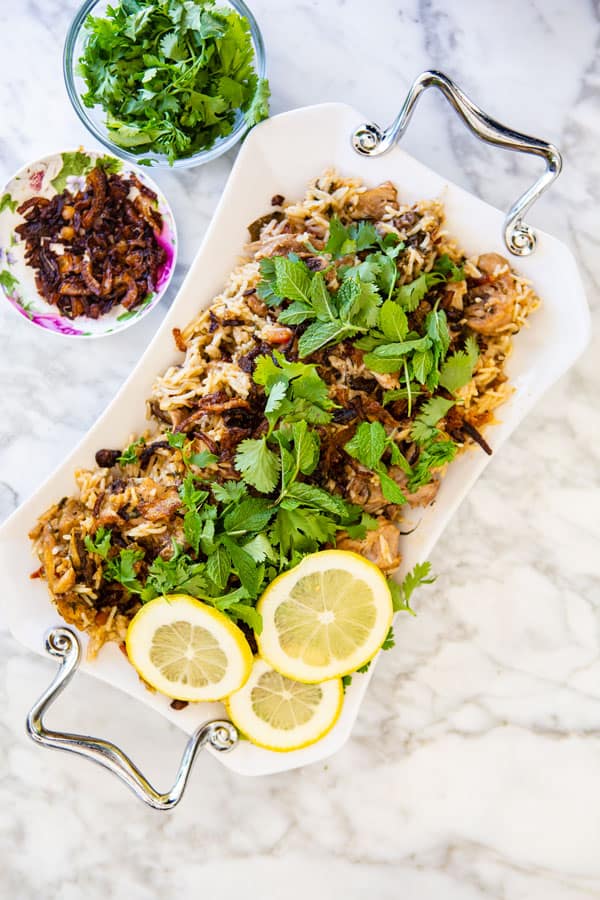 Our Instant pot Chicken Biryani recipe takes considerably less time thanks to modern technology! Instead of having to wait several hours or even overnight for your Chicken Biryani to come together, you could have it ready to go in under one hour. Best day.

This recipe is so easy. Once you brown the onions, you basically put everything into your Instant pot and set it to the chicken setting. In around 30 minutes, your meal should be cooked and ready to go! Make sure you let the pressure in your Instant pot release naturally as it’s not recommended to try and rush this process for your own safety. 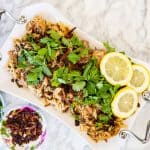 Instapot Chicken Biryani recipe takes considerably less time thanks to modern technology! Instead of having to wait several hours or even overnight for your Chicken Biryani to come together, you could have it ready to go in under one hour.
Course Main Course
Cuisine Indian
Keyword basmati rice, Chicken Biryani, Instapot
Prep Time 15 minutes
Cook Time 20 minutes
Total Time 35 minutes
Servings 6 people

If you like this recipe, you might also enjoy Spring Pulao Recipe, Easy Tandoori Chicken Recipe and Chicken Tikka Masala Nachos.

Still not sure if you want to cook some yourself? Try our CHICKEN BIRYANI.

Sukhi’s Chicken Biryani is a flavorful rice dish with tender, succulent chicken on a bed of fragrant rice, seasoned with aromatic spices like turmeric, garlic and ginger.

5 responses to Biryani- A Complete Guide and Recipe