Chicken Tikka Masala is a fresh addition to Indian cuisine, so popular that it has sparked controversy over who invented it. Some say that this hugely popular “Indian Curry” is not even Indian, but was invented by the British. We wrote a whole post on the History of Chicken Tikka Masala, and all stories and myths around it that you might find very fascinating. Give it a read!

Velvety smooth, it has quickly become one of the world’s most popular Indian dishes, with local versions available throughout India

We all know that we love Chicken Tikka Masala but lets face it there is always a day when there’s some leftover curry in the refrigerator and you are looking for ideas on what to do with that. You do not want to serve it with the usual suspects like rice or bread anymore but you do wanna taste some of that curry goodness. Maybe wraps in a slightly different package? 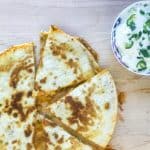